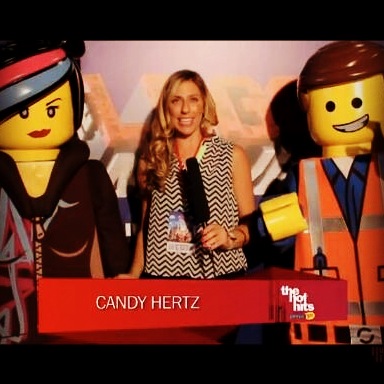 The Hot Hits: Red Carpet for Australian Premier of The Lego Movie

A few weeks ago I was lucky enough to do red carpet interviews for the Australian Premier of the Lego Movie and not surprisingly it took me straight back to my childhood. My baby brother Marcy is 4 ½ years younger than me and even though he’s a 26 year-old 6ft lawyer, he’s still my baby brother. When he was born I couldn’t stop applauding my mom for delivering me an inbuilt friend. Having been on my own for nearly 5 years, I was more than ready for my play buddy. What I wasn’t prepared for though was a super independent brother who was more than content playing on his own. Even though he’s younger he always had (and still does) the power over me. I was just so excited to have anyone to play with that whatever he wanted to do, whenever he wanted to do it, we did. I would constantly beg him to play anything with me and on the occasions that he gave in, it was almost always to play Lego. He could build his fortress, I could build mine but we would do it sitting next to each other and that was good enough for me. We spent hours, emptying out the Dairy Bell tubs of Lego my mum cleverly stored it all in and built whatever our imaginations let us. Lego by far is in my top 5 favourite inventions. The best invention, of course, little brothers.

Diary of a Dream Job – What’s does your title mean?
We’re so particular with the name we introduce ourselves with, first name on it’s own (familiar but not too close yet buddy), first and ...